Puglia Apulia to many English speakers is a long, thin wine region in the far south-eastern corner of the 'boot' of Italy. Wild beaches, seriously tempting food and wine, affordable prices — and few tourists — await those who venture to Salento, the sun-kissed south of Puglia at the heel of Italy's boot Read the entire article at theguardian.

More info. Osteria Trulli Wine Dinner Enjoy a 6 Course dinner with the foods of Puglia from both land and sea, paired with terrific matching wines from Puglia as well. Previous Play Pause Next Stop. Update Required. To play the media you will need to either update your browser to a recent version or update your Flash plugin. It seemed rude to turn it down.

Then there was pudding. We waddled down to the beach but it was too cold to swim and we were too full to cycle so obligingly the Masseria's driver, Jean Luigi, a charming redhead, flung the bikes in the back of his van and drove us back to the hotel. On the way we passed a young Italian zipping along on a scooter, no helmet. We learnt to pace ourselves with the eating, or maybe we just got used to it. More foodish trips followed. Accompanied by Eric Leautey, a French chef with his own TV show on 'Cuisine Television' , who was staying in Maizza, we visited the baroque town of Martina Franca up in the mountains, where we went to a specialist shop and bought capocollo, coppa and speck Nostrano from a man with a very specialist moustache.

Then on to Il Frantolio di D'Amico Pietro — a mill producing extra-virgin olive oil which I must admit I thought would be dull but which turned out to be very absorbing. Extra-virgin means cold pressed.


The oil-tasting was sublime — lacrima oil the tears siphoned off from the pulp before the pressing ie not pressed or filtered , and nettari very first pressing. We bought a bottle of organic oil and a delicately lemon-flavoured one, and learnt how you should always buy oil in a small, dark-green bottle because the light and similarly the air in the bottle will affect its quality.

The label should read 'prodotti Italiano cento percento' — per cent Italian produce — as opposed to 'Made in Italy', which could mean bottled in Italy and made somewhere else. This was one of my favourite days. Near Cisternino are the Giardini di Pomona, founded and run by Paolo Belloni, a lovely man in a scruffy jumper who devotes himself to cultivating his amazing gardens with their different varieties of fig — the ancient and venerable fig.

He has one type of which only two specimens exist in the world. Dried figs, he tells us, were found in archaeological excavations in Jericho, that's how old the species is. Belloni lives here with his wife, in a beautiful trullo — the little hobbit-like houses peculiar to this area — and is building a hostel with magnificent vaulted ceilings for visitors to stay and where he can accommodate the many school trips.

Paolo and Christina, his elegant translator, show us around his kingdom, where he is encouraging all kinds of non-native trees and plants to grow and observing the results — as well as the fig orchard he has white raspberries, feijoa, grenadine, date palm, fig, vines, lemon grass, medlar, jojoba, medicinal plants from India. Amazingly, he even has four tiny baobabs which he is trying to grow from seedlings. There are elaborate pomelos and weirdly shaped lemons with long twisted fingers.

He is not afraid of interfering and grafting. We sit down to a ravishing lunch cooked by Christina's husband, with everything originating from the premises apart from the salami and cheese, which comes from a few metres down the road: black orechiette with aubergines, roast peppers, olives, fresh almonds, prickly pear, quince, artichoke, jojoba and crusty bread. As we are leaving, a couple of men wander up the drive, one of them holding a small sapling in a pot that he has brought for Paolo to identify and nurture — people bring him their stray plants like others bring stray dogs to animal shelters.

A few kilometres south of the Masseria lies the enticing little port of Monopoli, a fishing village established by the Greeks which came under Venetian control in the 16th century.

Cosimo, one of the chefs at the hotel, drove us there one morning to buy fish in the market. The harbour is elaborately picturesque with a skirmish of fishing boats, scooters, fishermen untangling their nets and sorting out their catch, local children running around and an elegant yacht moored m out.

On the way to the market we pass the magnificent and bizarre Purgatory Church, its portal festooned with skulls and crossbones and costumed skeletons. While my son ate chocolate ice cream 'I was getting peckish' , we bought mussels from Cozza da Bed Bed, a fish stall in the market, and baby squid at an exciting little pescatoria, where I grimaced hypocritically at the sight of a live octopus for sale, and a man who looked like Sal in the The Sopranos grinningly held open the mouth of a huge dogfish for our approval. Back to the charming little cookery school at the Masseria for our fish lesson.

We prepared lomachine di mare — tiny snails which we cooked up with garlic and tomato and olive oil and ate with toothpicks, followed by baby squid eaten raw, Puglian-style, with lemon juice.


Cosimo showed my unsqueamish daughter how to prepare the squid, the black ink running down their wrists as they pulled out the guts; both children ate it with gusto. A bottle of chilled prosecco arrived to help things along and then we began on the main course: tiella alla barese, a sublime dish, made with mussels, rice, pecorino and potatoes, which we prepared and the restaurant later cooked for us and served up as our lunch.

Cosimo, who trained in Japan to make sushi having won a Bonsai competition, patiently showed my children how to prepare and cut the tuna, swordfish and salmon with nishiki rice — the best — and explained how in Japan girls don't make sushi because their body temperature is higher. The hotel runs cooking courses of varying degrees of sophistication. The children had already had a chocolate-making lesson — truffles, chocolate squirrels and a vast egg — and on another day we all learnt to make pizza and pasta. The traditional way to make pasta in Puglia is without eggs, so we rolled the dough on to a wooden frame strung with wire — the chitarra guitar — and pressed it through.

If you use enough flour it won't stick, and underneath the chitarra you'll find a perfect little heap of slim spaghetti. We learnt how to make the local favourite, orecchiette little ears , and ravioli, with semolina flour; Ralf, meanwhile, did a more sophisticated cooking course at Maizza: parmigiana, lamb timbale and ricotta cheesecake with chocolate chips.

We ate the lot that night, sitting on pews in the elegant ivy-clad dining-room at Maizza. The restaurants in the Masseria never disappointed us, and there is an impressive variety of osterias in all the local towns; Ralf's favourite was a little trattoria in Monopoli, where for a few euros we sat in a brightly lit canteen next to a table full of fishermen and — no menu — were served frito misto: deep-fried anchovy, calamari, sun-dried tomatoes, scampi; spaghetti with octopus and tomato sauce, very tasty grilled sea bream, a jug of white wine and a lemon sorbet.

There are a few other things to do in Puglia apart from eating.

In Monopoli we chartered a 14m sailing boat for the morning, owned by Fabrizio Cillo, a Reiki master with very white teeth. In his boat, Velaki, which has a solar panel and a little windmill in the summer he takes small groups between Corfu and Cephalonia , we sailed up the coast to the St Stefano monastery, where there are caves where the nuns used to swim to protect their privacy.

We dropped anchor and plunged into the icy turquoise Adriatic Sea. Sightseeing was a breeze because it was so quiet everywhere. There was no one about. Nearby Alberobello when the handsome, dimpled receptionist pronounced the word he dragged it out for so long it was as if he was taking it for a walk — Alberrrrrobelloooooo' , home of the trulli, those hobbit-like houses that, so the legend goes, could easily be dismantled by the removal of a key stone in the roof so the owner could avoid paying taxes.

The white city of Ostuni is magnificent. A medieval town rebuilt by the Greeks after it was destroyed by Hannibal, its historical centre is a convoluted maze of streets, steps and archways, ground like polished marble flagstones, all beautifully lit, totally empty and quiet. Where was everybody? We ate in a cave.

The locally celebrated Osteria del Tempo Perso is below ground and liberally hung with religious icons and slightly sinister bits of farming equipment. Famous for its antipasti, it has 15 different starters, and by the time we left we were reeling from the flavours, rounded off with a mousse al cioccolato.

Drive south for an hour or so and you come to Lecce, near the tip of the heel, which is one of the finest complete baroque towns in southern Europe. It has a lively little shopping area, charming cafes — and about 30 churches and cathedrals, including the splendidly overwrought Basilica di Santa Croce. I'm always impressed by the way the Italians are not precious about their culture; they just live with it, in it, around it; they are a part of it. It's not that they don't appreciate it or look after it, but there was something quite endearing about the hideous air-conditioning units slapped on to the rear of a crumbling, ancient building that would have been listed to within an inch of its life in England.

On our way back from Lecce, on our last afternoon, we stopped for a swim at the Coccaro Beach Club. The sea and sky were grey and the waves white and large. It was cold and exhilarating and as he handed us a towel the manager said they'd had only six people there all day, and we were the first to swim. A small dog with a black eye appeared and sat on the sand watching us shiver out of the sea. 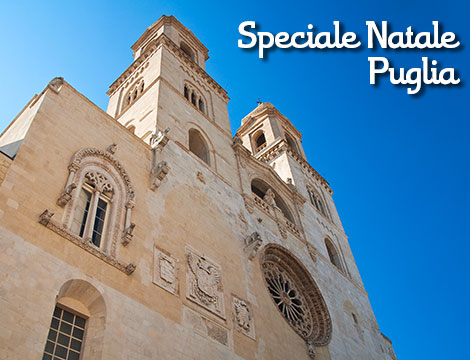 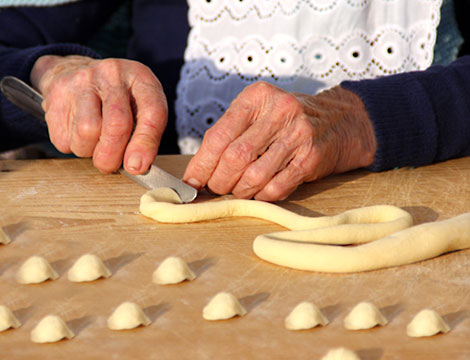 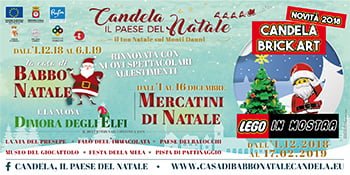